A Look at and Checklists for Kellogg's MLB Japanese Issues

From 2007-2010, Kellogg's issued small sets featuring MLB stars. These were included with the company's food products, which as far as I've seen here would mean mostly cereal. Of course, the checklists focused heavily on Japanese stars in the MLB, but it's not exclusively for former NPB players.

The sets all feature the Kellogg's logo on front and back as well as the manufacturer's logo. Upper Deck issued the 2007-2009 sets, with Topps taking over in 2010 after Upper Deck lost their license.

With very small checklists, collecting full sets shouldn't be too hard, and is a project I am considering. On the other hand, singles usually aren't cheap. I should note that my checklists (including spelling) are based mostly on the SCF database. 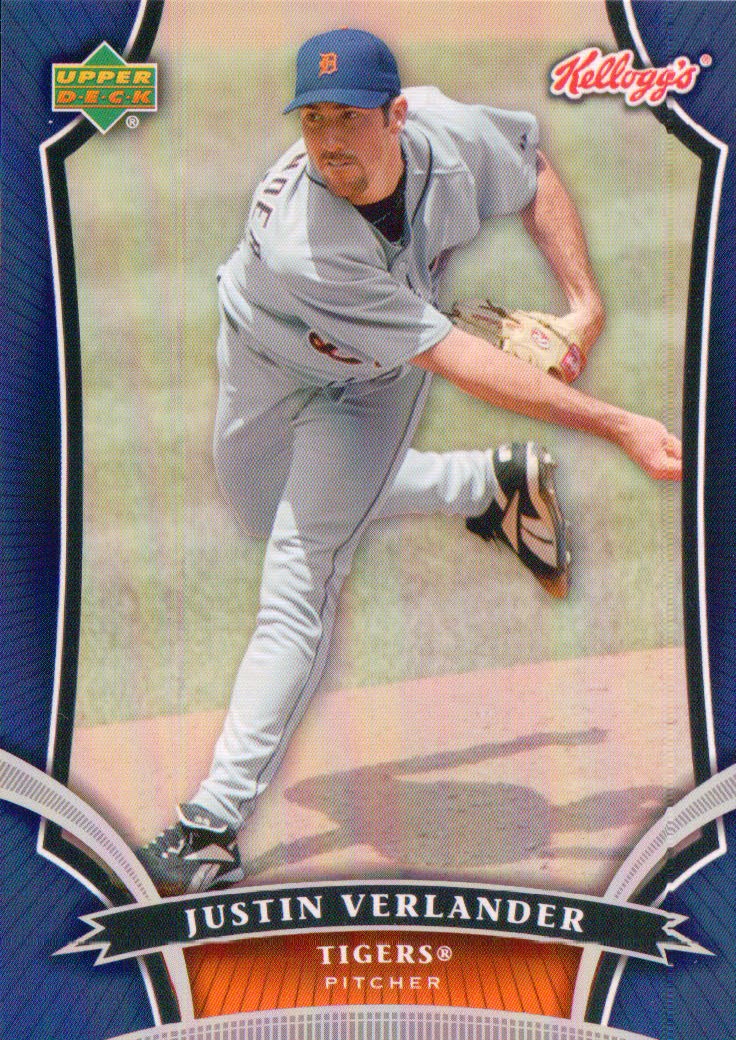 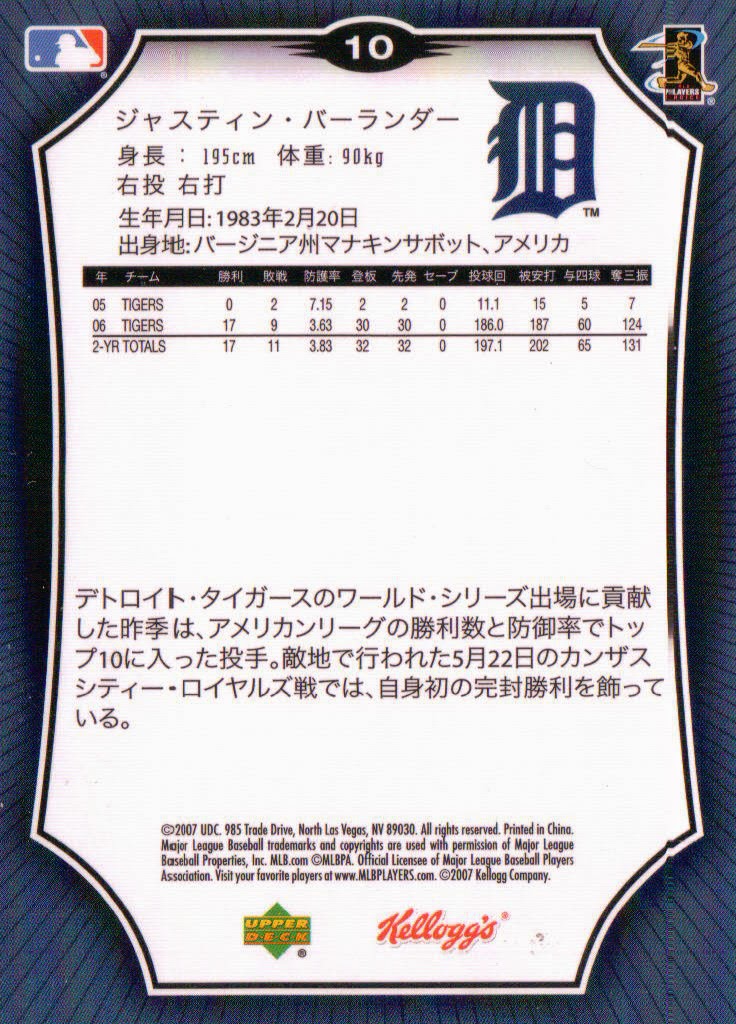 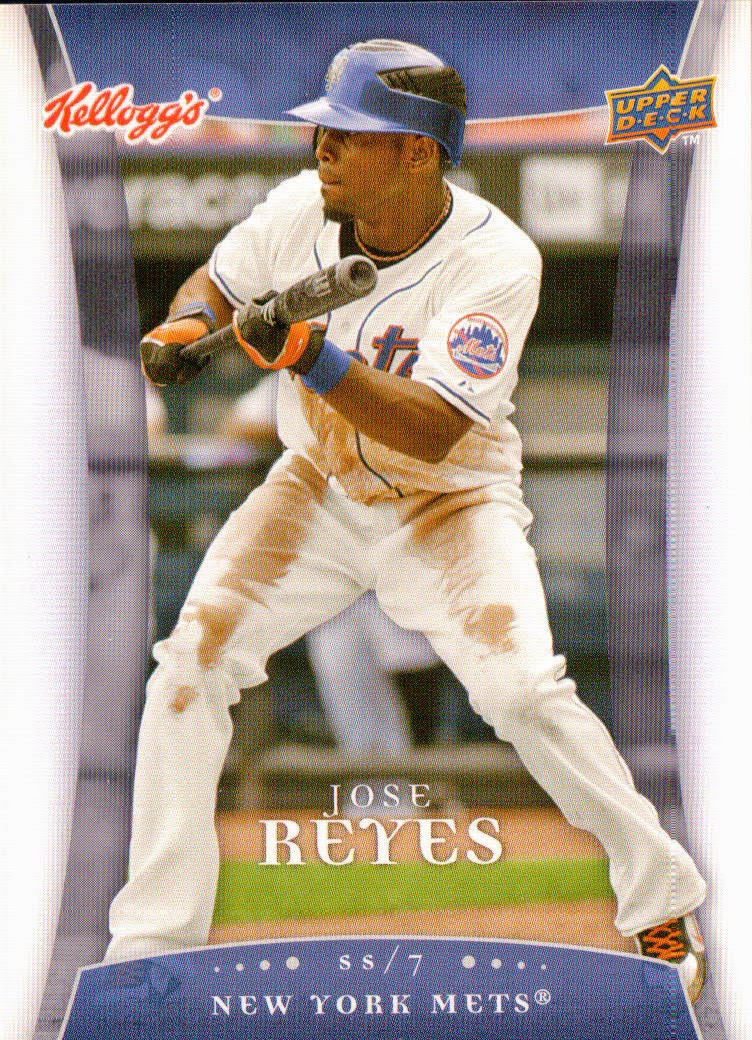 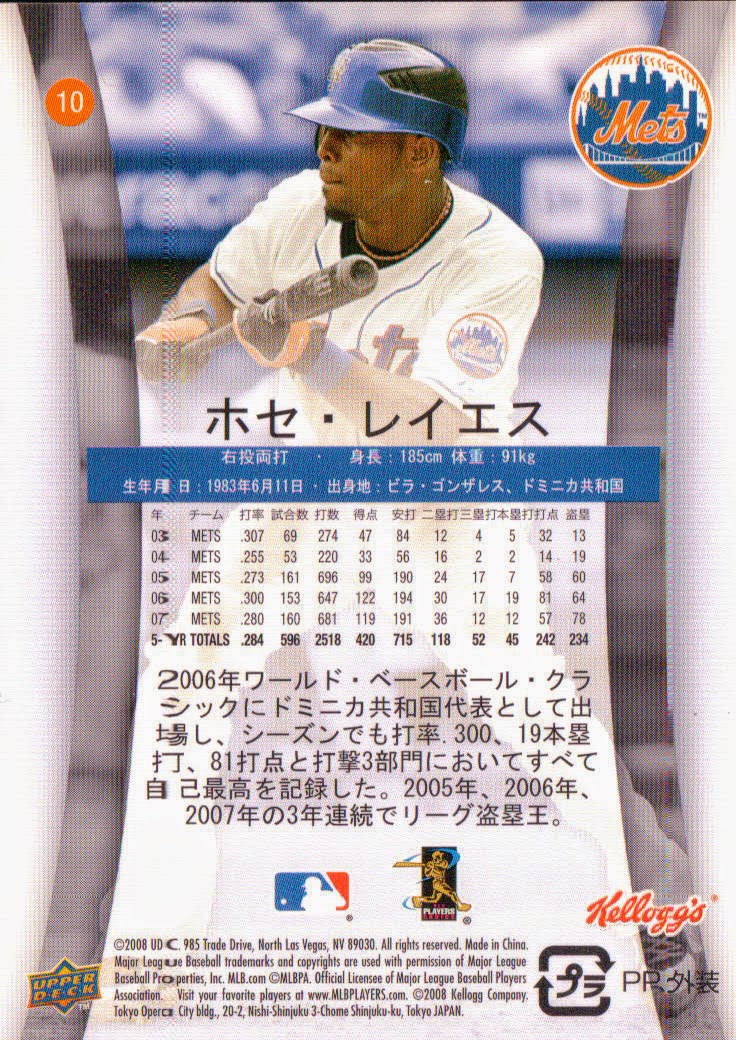 2008 again has 10 cards, and three Japanese players. Note that the SCF database is incorrect; based on a bit of research the below list should be accurate.


I don't have any 2009s yet to check the design, or to even verify the manufacturer. The SCF database lists a checklist of six players: 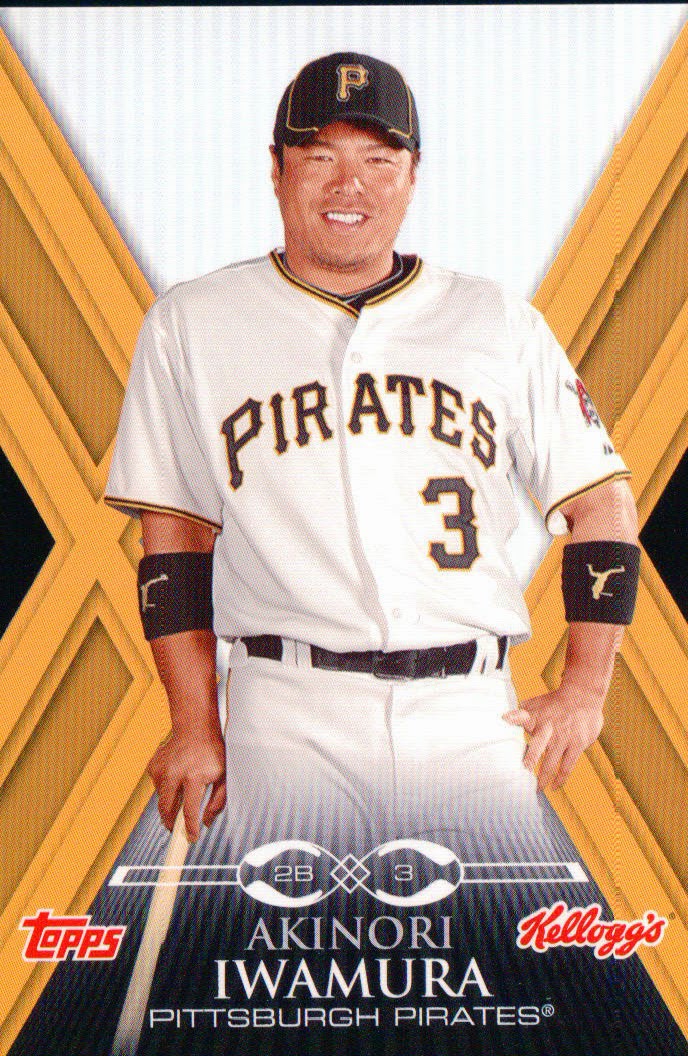 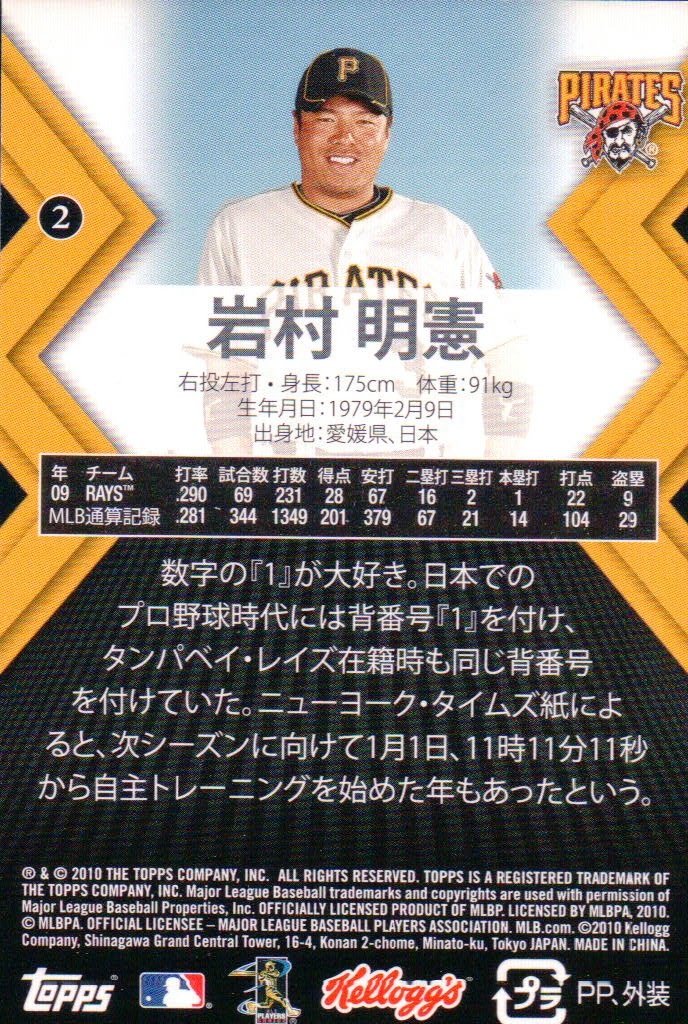 The last year of issue was 2010, with Topps taking over due to Upper Deck's loss of licensing with MLB Properties.


All in all, a total of 32 cards seem to have been issued. The key cards will definitely be the Matsuis for a set builder.
at 3:00 AM