Rookie Edition Premium is an annual late-season/postseason boxed set that serves as a follow-up to the pre-season pack based Rookie Edition. 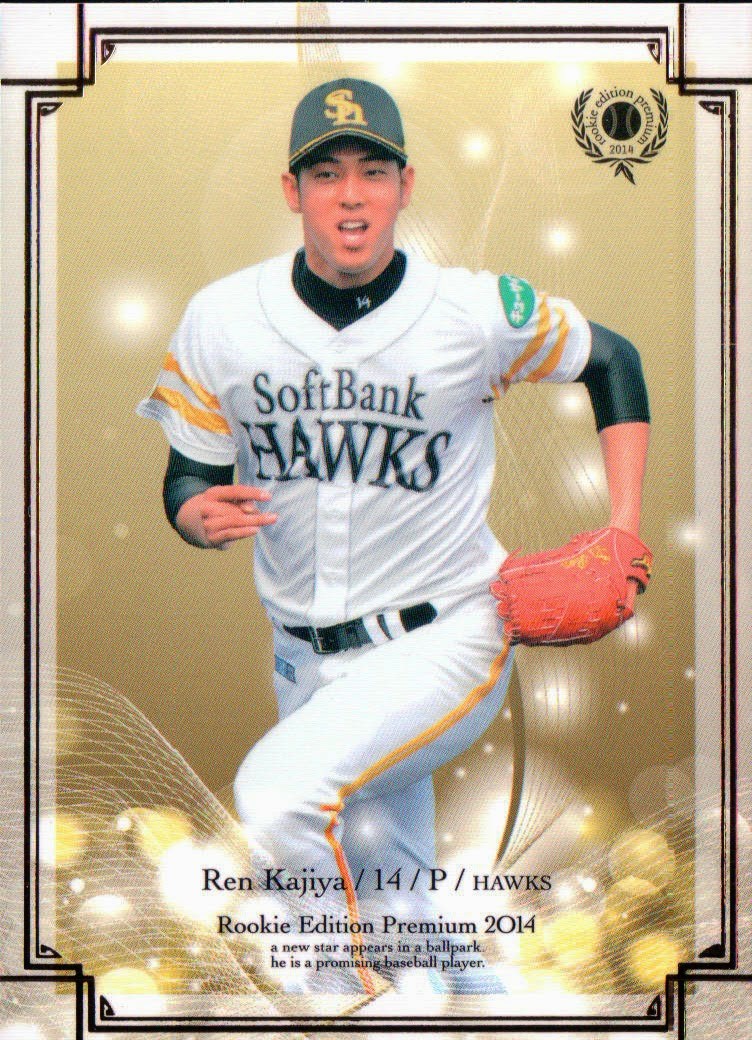 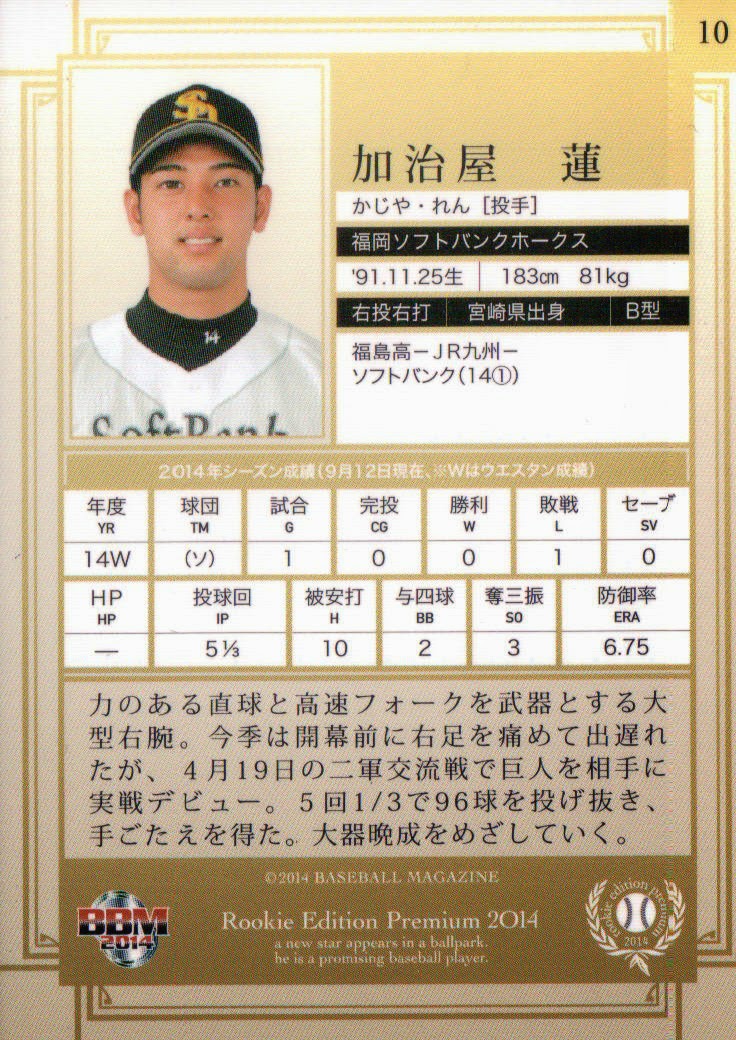 This year's gold-themed card uses a 3D wave design at the bottom with little white stars in the background of the cropped photo; cards have a nice frame border. Backs have basic statistics for 2014 through about mid-September along with the rest of BBM's usual inclusions. Cards are numbered in the upper-right corner. 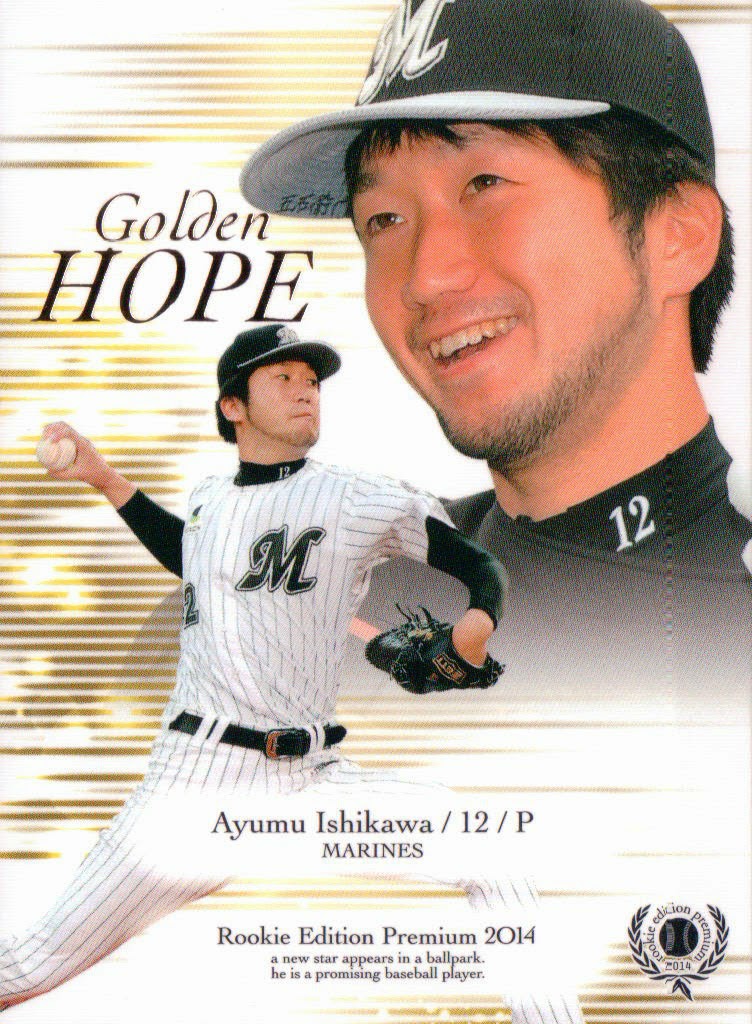 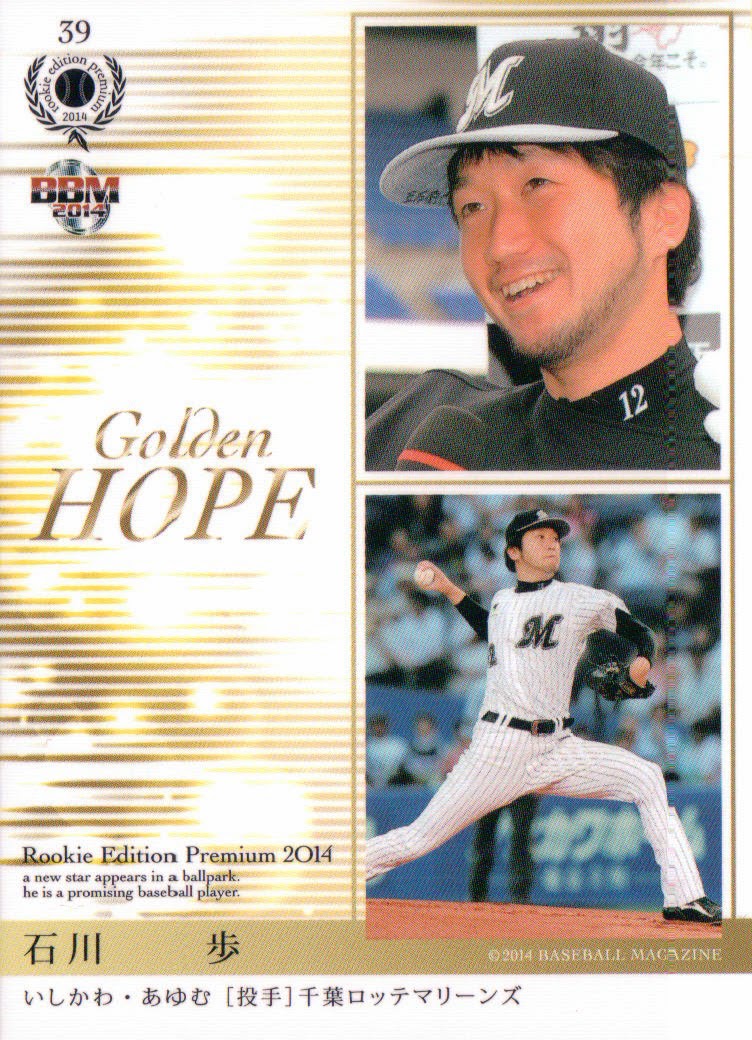 REP has a subset titled Golden Hope, with two photos on the front and back of the card, and not much else. These are numbered in the top-left.

The full base set has 48 cards - three regular cards and one Golden Hope card per team. Each box also has two premium cards. 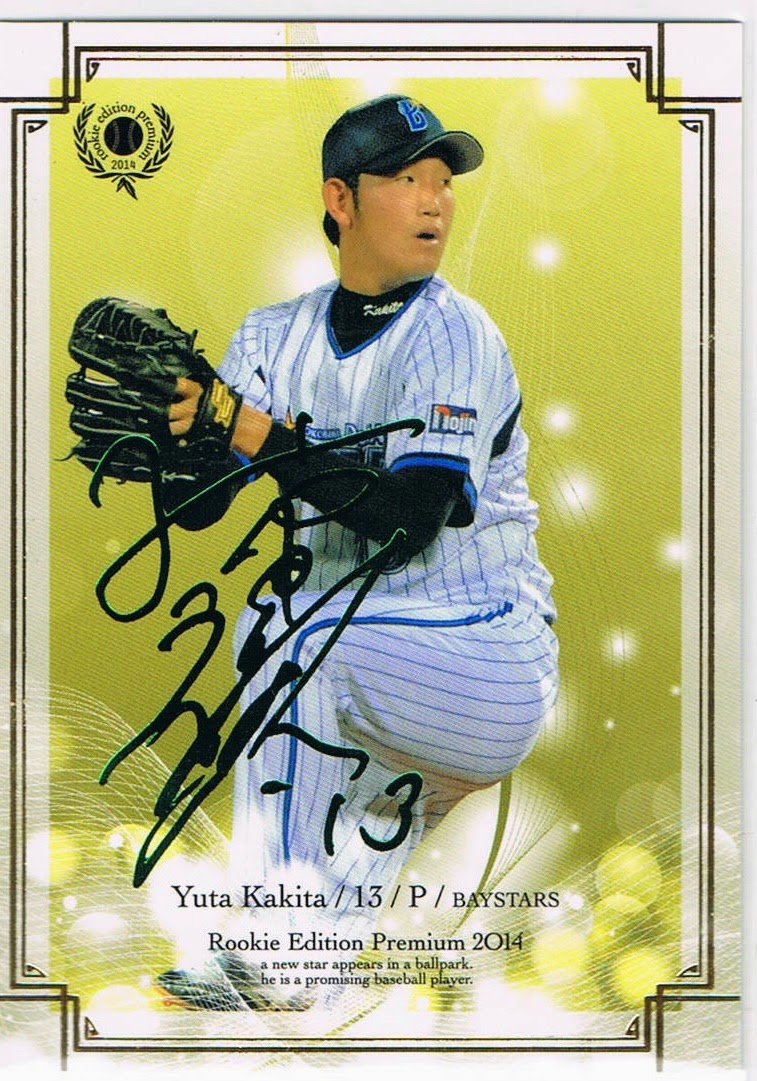 One of those premium cards could be a green foil signature card, which might exist for all 36 cards in the regular base set. These are numbered out of 25 copies each. 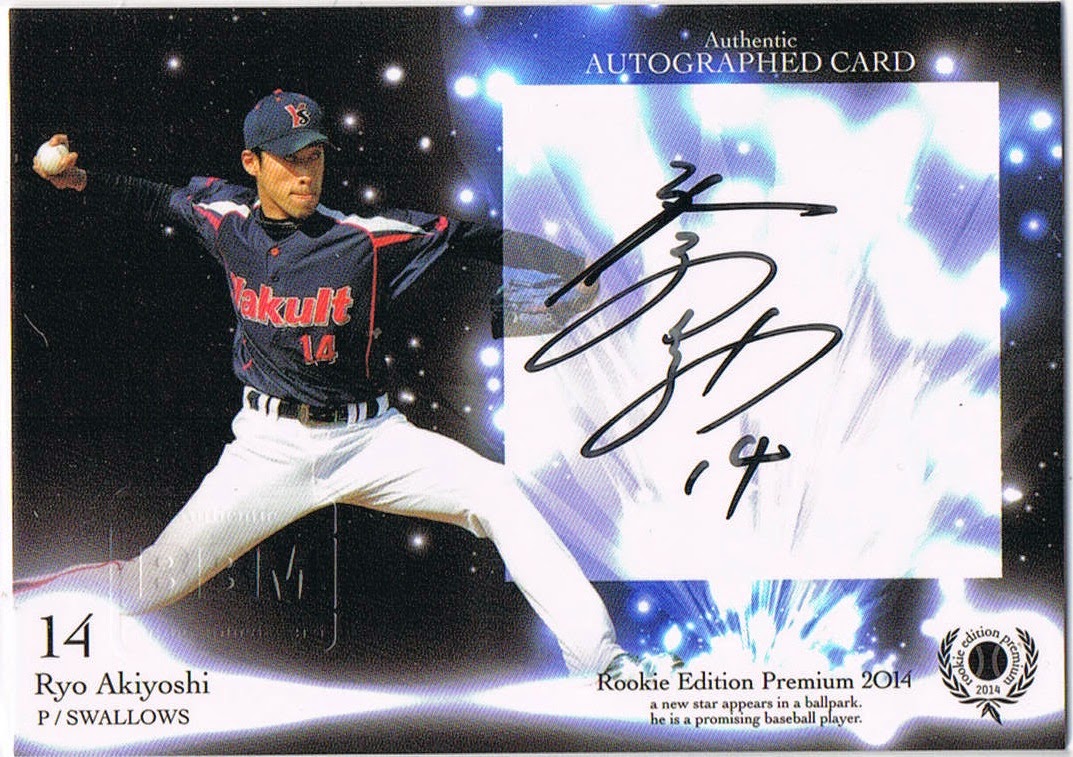 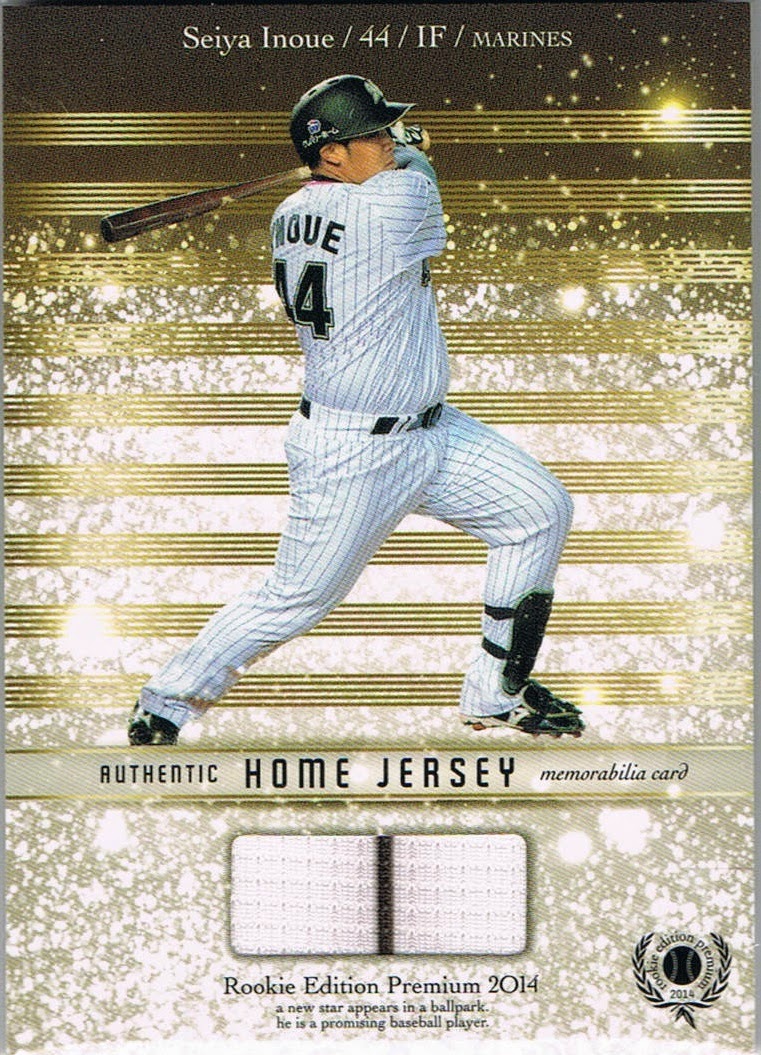 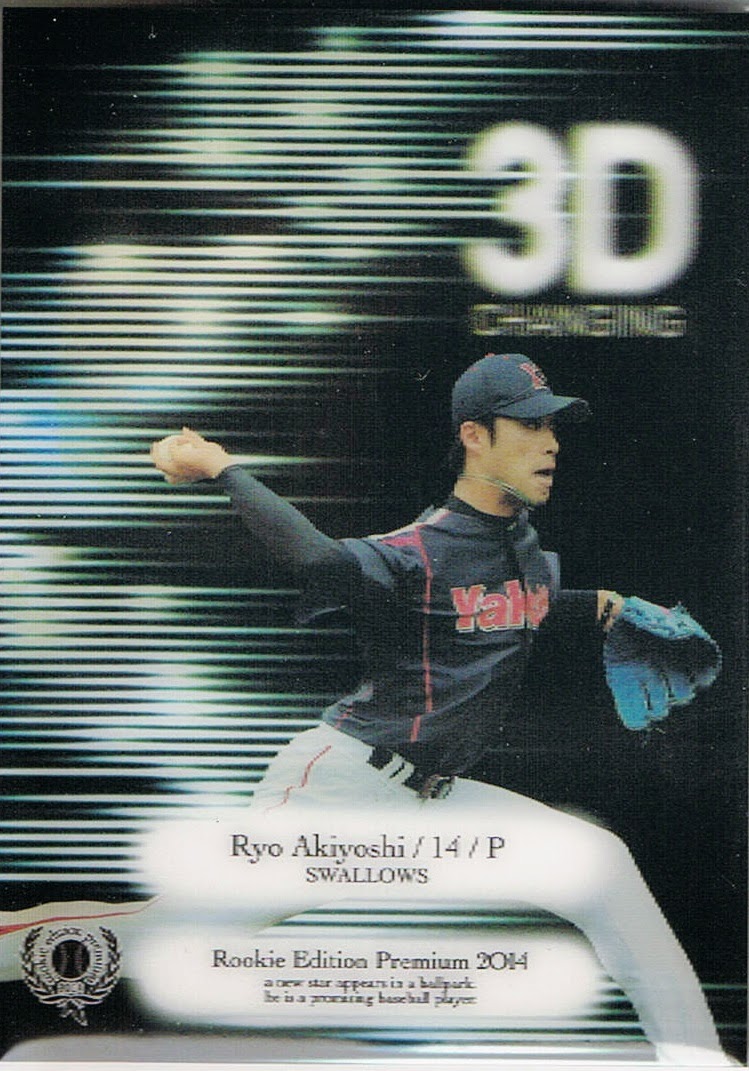 Each team has one card in the 3D Changing insert set, which as it sounds is a 3D card. These are numbered out of 50. 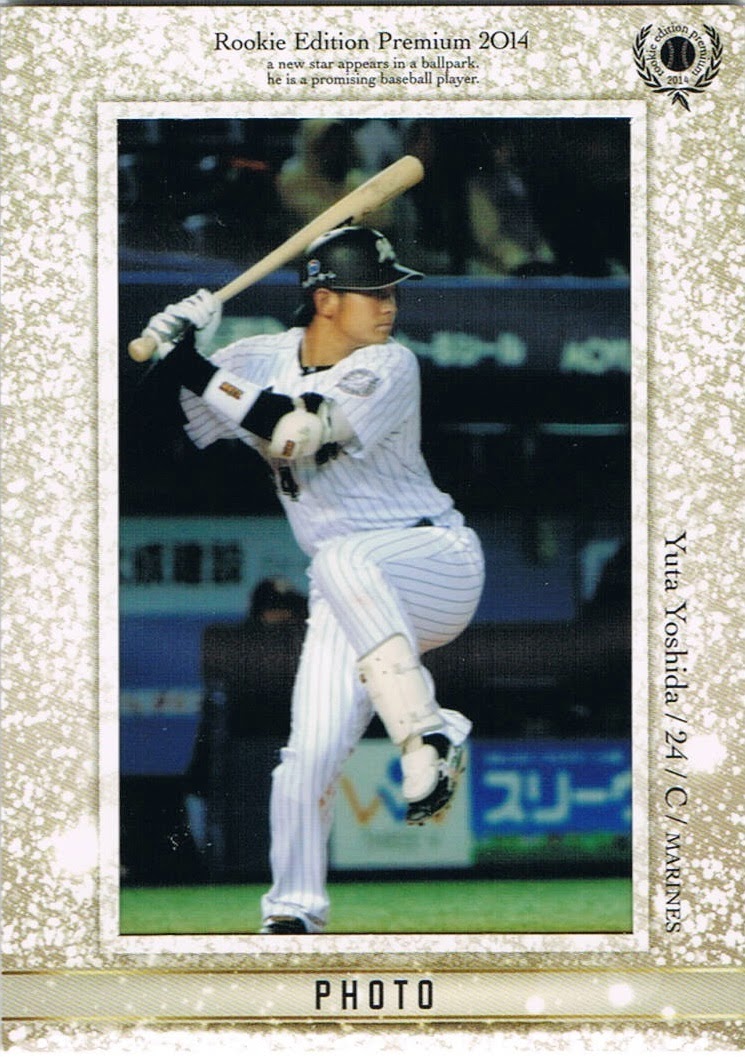 Photo cards are back, which are just framed cards like Gypsy Queen uses - I don't understand the hype. But they're numbered out of 75. There are thirty six cards, one for every player in the regular set. 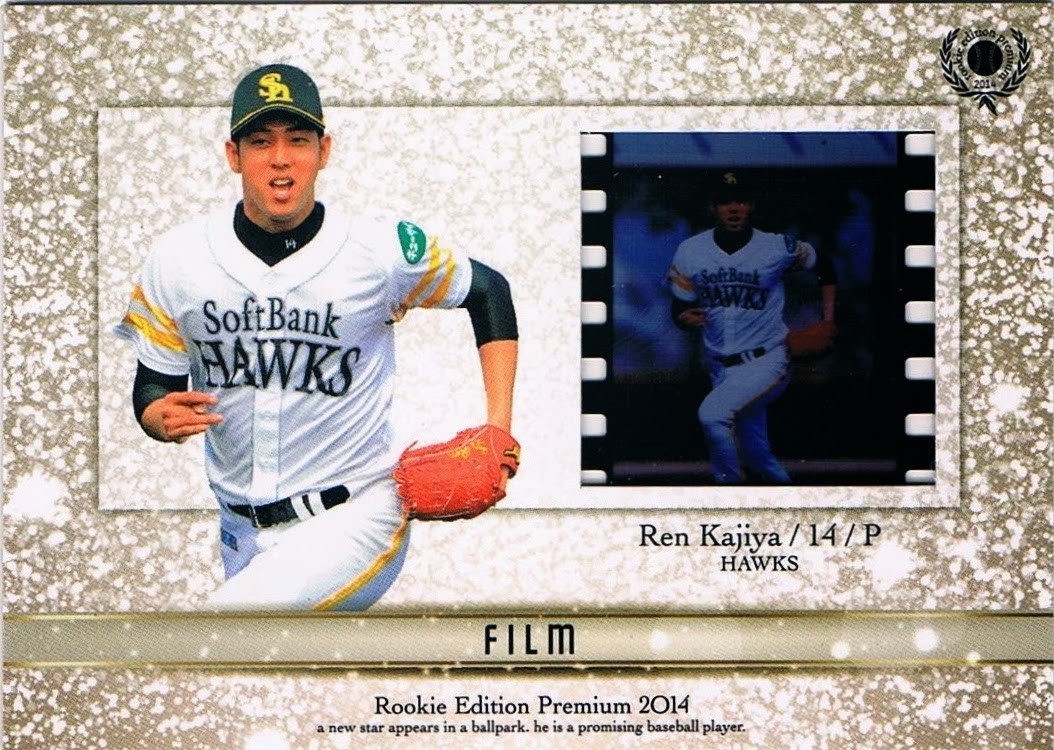 I think the Film cards are a bit cooler, although I've never been able to find one to add to my collection. It doesn't help that they're numbered out of 25. Again, this checklist parallels the regular set with 36 cards, one per player, three per team.

Unlike Bowman in the US, with about 10 different products, the Rookie Edition line is limited to just the regular and premium versions.
at 6:27 AM