A Trio of Nagashima Figurines! 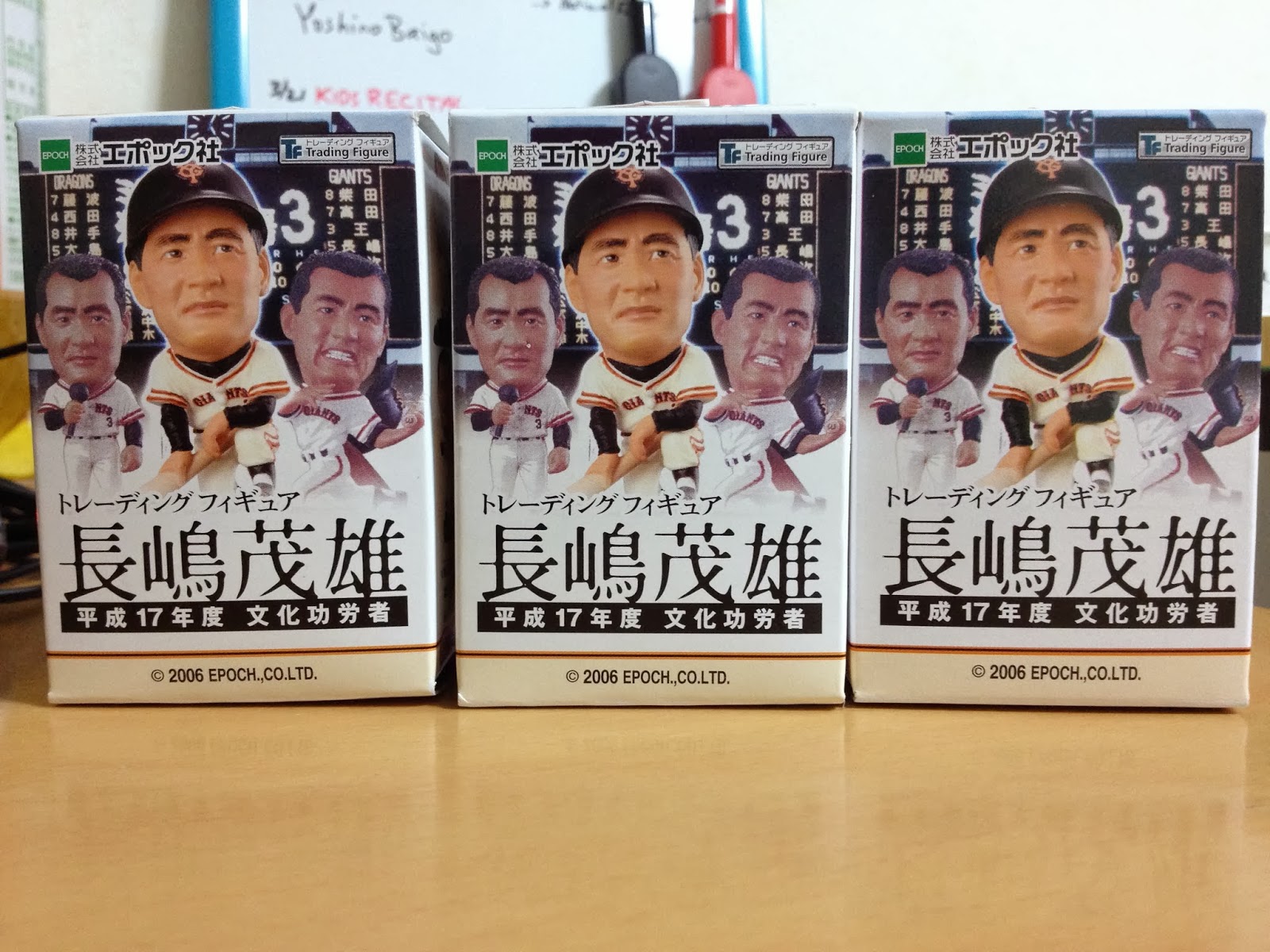 I've seen a bunch of Epoch figurines from around 2007 on sale at a couple of the local Mint stores. I picked up one from each series a while back, but still haven't uploaded those photos. These, on the other hand, got uploaded in my latest batch.

These three are all Shigeo Nagashima figurines. There are three poses available, but there are variations. I'll explain. 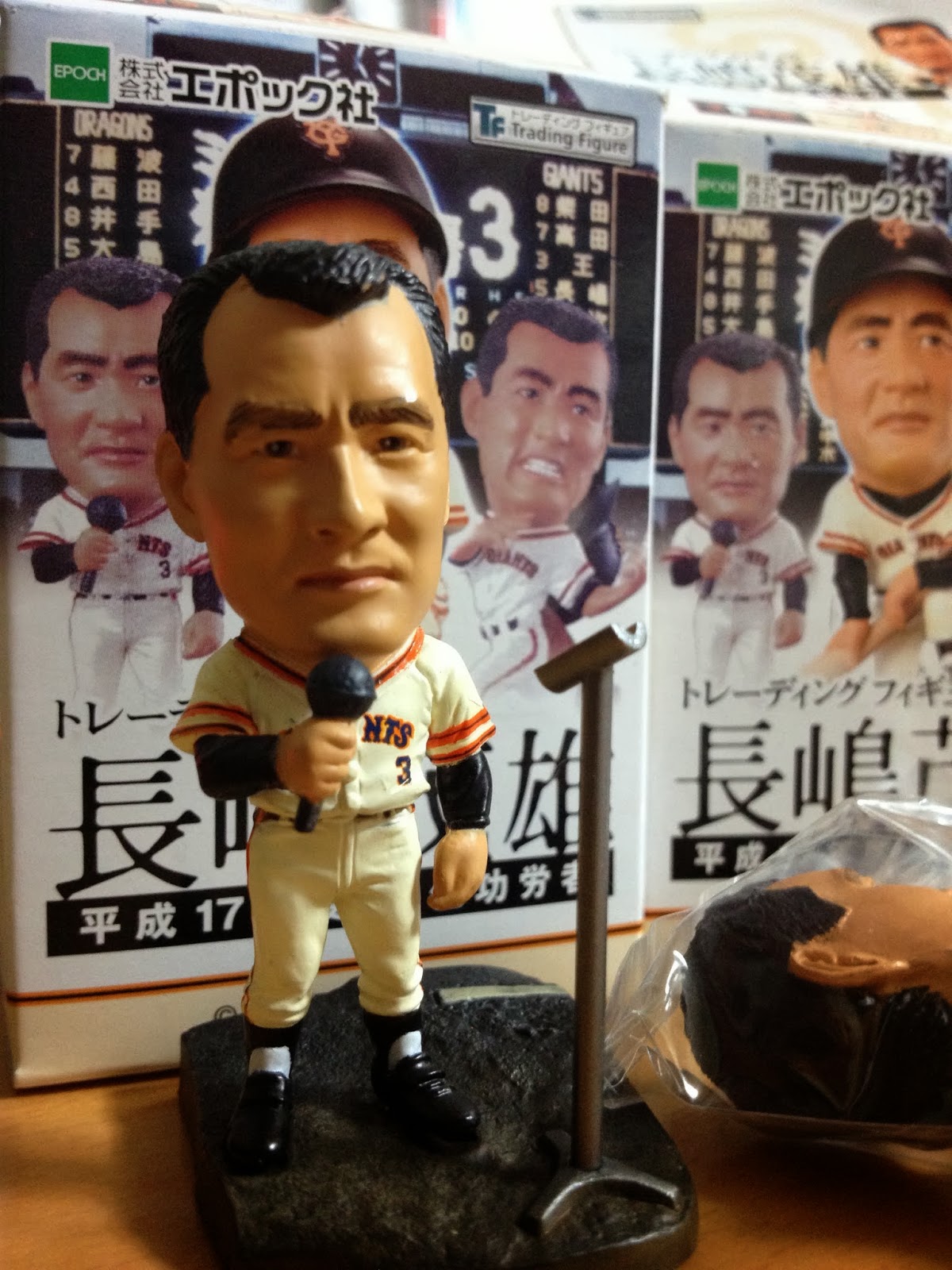 The first figurine I opened of these three boxes is Nagashima giving a speech. I've seen this "image" used on cards before. This is the one I wanted the most, so I was satisfied with my first box! 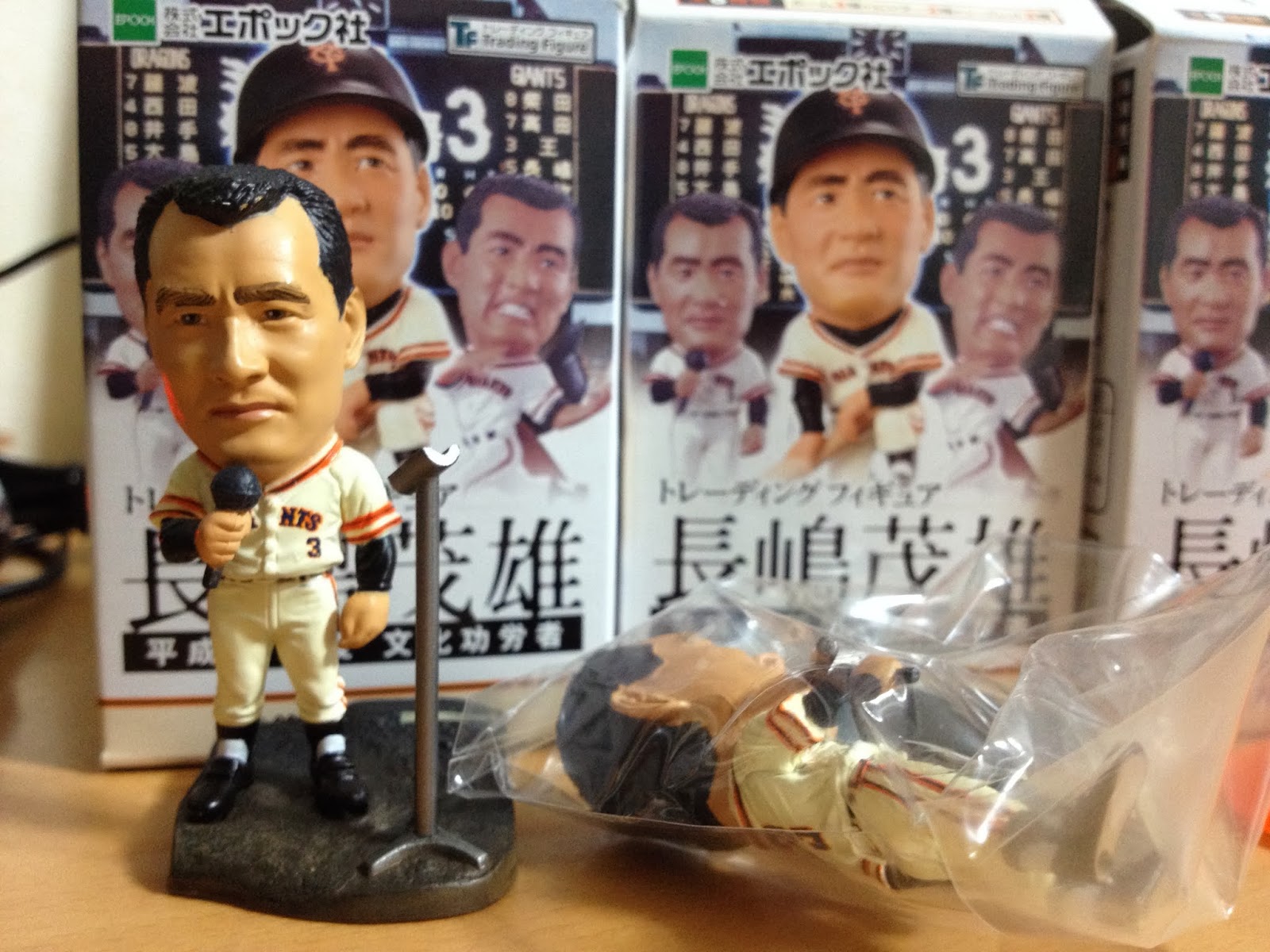 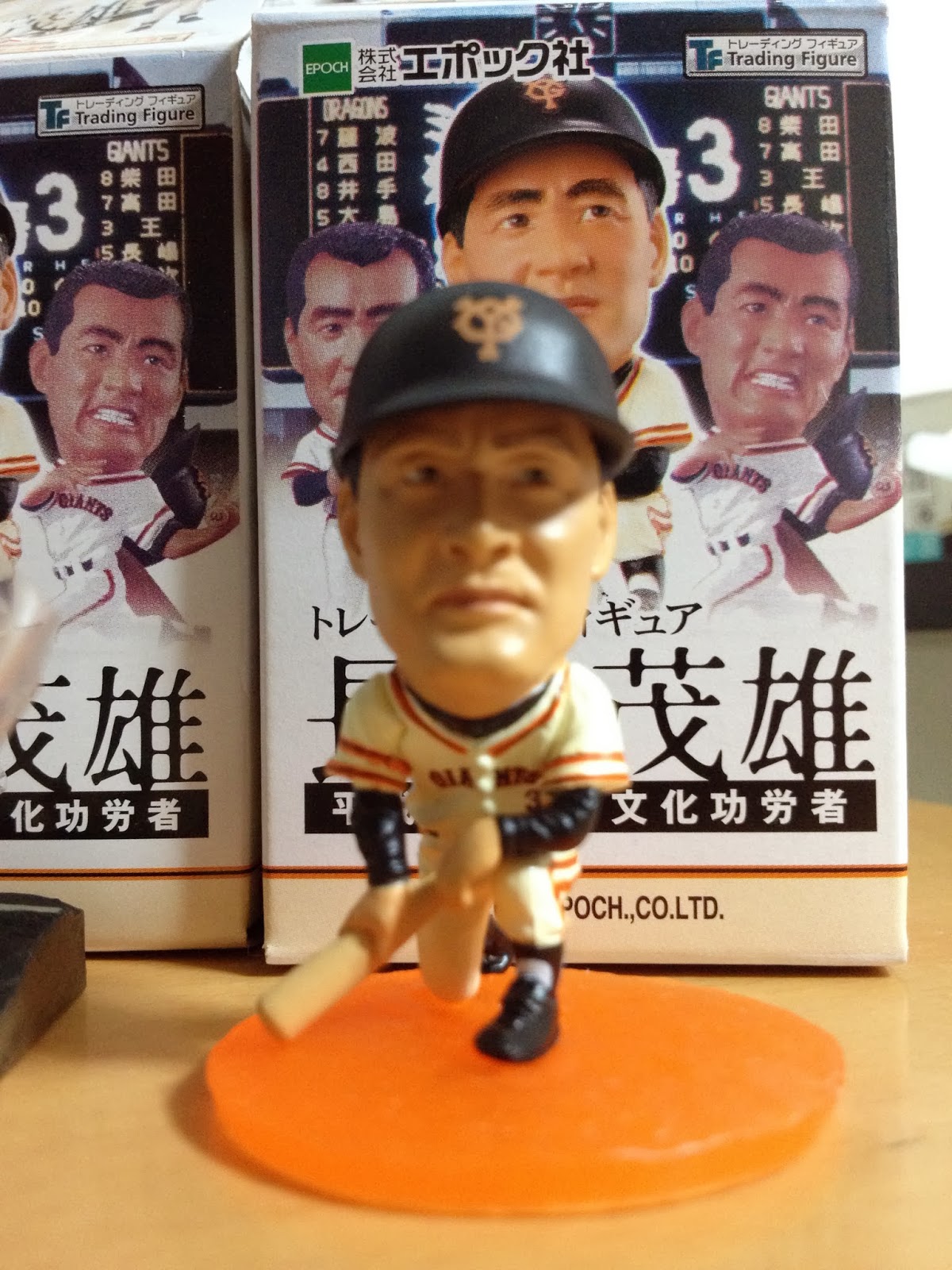 The third figurine box had Nagashima kneeling with his bat. This one has an orange base. He's in his home jersey here too. 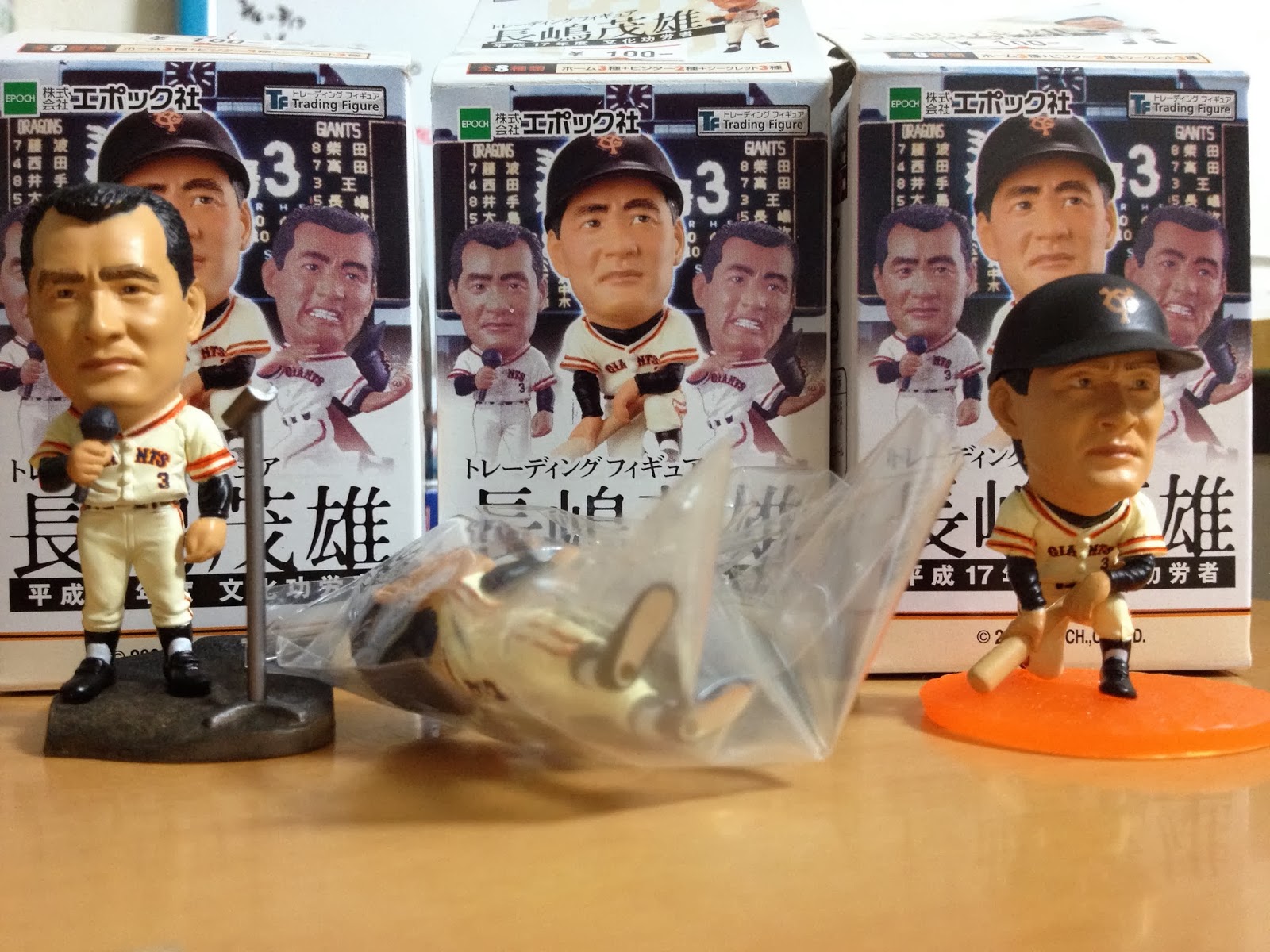 The third figure is tough to see on the box, but Nagashima has finished his swing and his helmet is flying off. I'll have pictures of that eventually, too, because the first box I bought a couple months ago contained that figure. And again, that piece has a home jersey.

I mentioned variations. There are eight different figures: