Japanese Women's Baseball League: Did You Know It Existed? 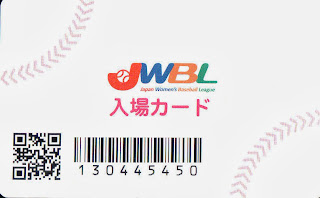 Like everything else, Japanese people take their hobbies very seriously. By the time you reach Junior High School, you join a club and you most likely participate in that club for a large portion of your week. Most clubs are competition based, including sports. Those who are successful at the high school level can become national stars - high school and college baseball is very prominent at the Japan Baseball Hall of Fame.

Japan's more popular sports have professional players and leagues - of course, baseball and soccer are the two biggest team sports, but plenty of other sports have national stars including sumo, badminton, swimming, and gymnastics. And, for at least the past three years, women's baseball. 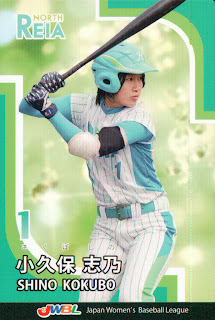 The Japan Women's Baseball League is comprised of four teams which identify with regions in Japan - North, South, East, and West. However, the teams don't really have home towns or stadiums, and instead play several two-day  tournaments over the year. 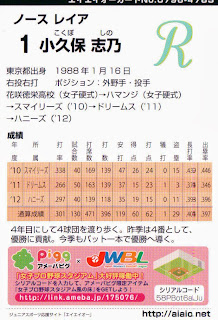 On the first day, North might play South while East plays West. The winners of the two games face off the next day for first place (which involves winning a trophy), while the losers play each other for third place. 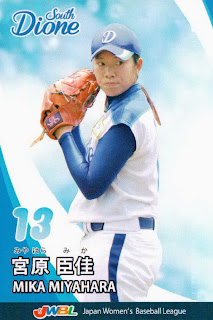 The basic rules are essentially identical to NPB and MLB rules - they play on the same field, with the same mound and base length, etc. However, the games are limited to seven innings. 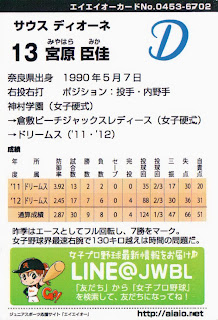 Each mini-tournament game result is added to a season running total, where I believe they then have season champions. In addition to the mini tournaments, two teams combine into one to face off against the other combined teams for a sort of all-star game series.

The stands aren't packed with fans, but plenty of people showed up to enjoy the game. When I arrived at the game, I was given my ticket seen at the top, which is scanned at entry. It's the same size as a baseball card. And speaking of cards, I was also given one card (I managed to get another) of one of the players. Both cards I ended up with are seen above, and they're nicely done. They have rounded corners and seem more like gaming cards as far as durability. The card numbers (seen better in the second back-scan) don't seem to correspond to any normal numbering system, and I didn't inquire about getting a set when I attended the game. I plan on asking about it next time (there are three more events that I can attend this year). 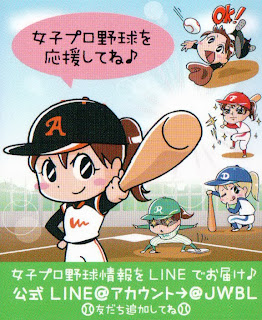 I also scanned a cartoon-style sticker given to me because I have the LINE app for my iPhone, and JWBL "stickers" to use in the app. The stickers look the same as the characters seen above. In fact, it is because of the stickers that I learned of JWBL's existence!

Other team-based souvenirs are available - jerseys, hats, and other knickknacks. I bought a yearbook, the only non-team-specific item available.

The teams are stocked with Japanese players, though one Australian woman plays on one of the teams.

Interestingly, the league held a tournament in my town this year, but that was before I knew it existed, though that hopefully means they'll return next year. Regardless, going to a JWBL game is a lot of fun, similar to going to a minor league game back in the States. I can't wait for my next one!

(I intend on posting more information, including some pictures, to my Chaos and Kanji blog and/or this one at some point in the future, though it may be a while before I get around to that given my current posting queue and plans.)
at 7:16 AM