I know that in 2013 and 2015, a company called AIAIO issued cards for the JWBL, the women's professional baseball league in Japan. I'm pretty sure they issued cards in 2012 and 2014 as well, but I don't have any examples. Getting the cards isn't easy; I was able to buy a full set this year but prior years' cards seem to only have been available by trading with the players after games.

I found an auction lot of 2010-2011 cards and was very happily surprised when I saw exactly what I had won. You see, Yahoo! Auctions photos are very low-quality, and sellers can sometimes have virtually no information in the listings, so there's a bit of guesswork at times. Especially with the language barrier.

In 2010 and 2011, BBM issued cards for the GPBL (it would be renamed JWBL in 2013). There were only two teams, so to make the set bigger each player seems to have at least two cards. 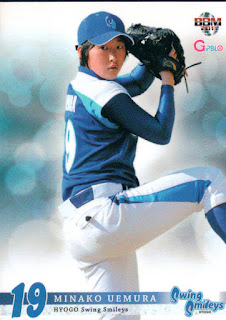 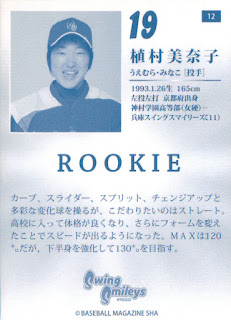 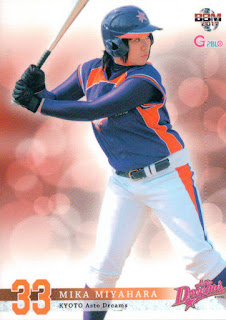 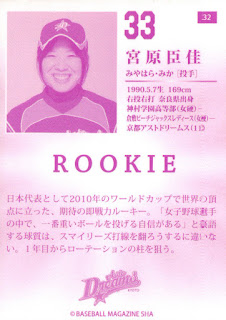 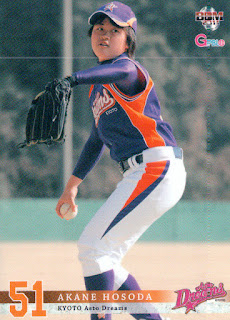 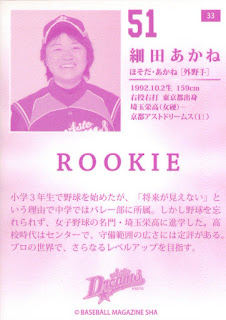 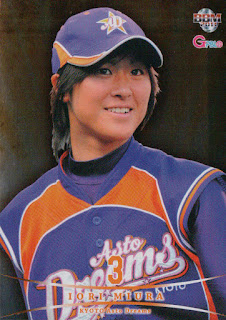 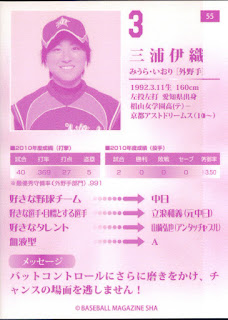 There are foil cards toward the back of the set. 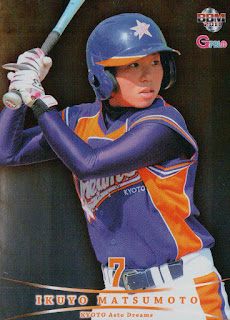 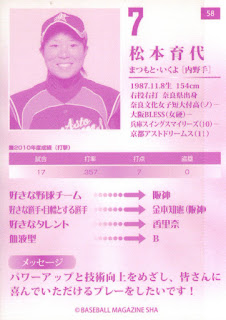 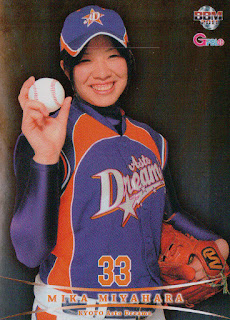 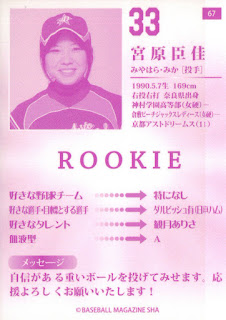 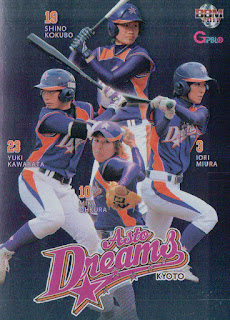 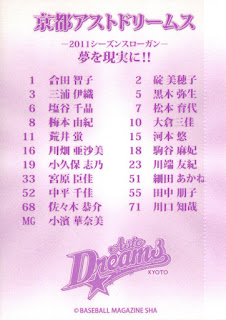 There's a roster card, too. 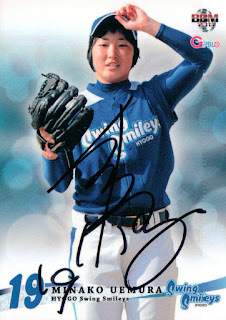 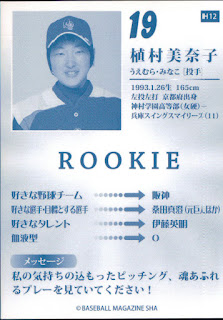 This 2011 facsimile signature card has an "H" prefix, I'm guessing for Hyogo. 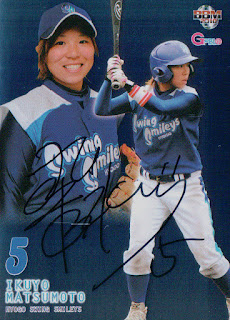 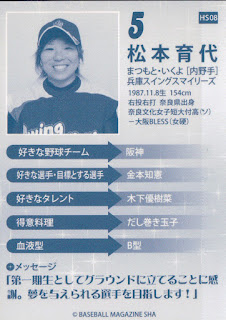 Moving into 2010, this foil facsimile signature card has an "HS" prefix. 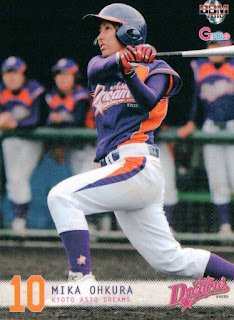 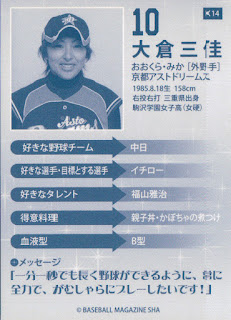 While this regular Kyoto card has a "K" prefix. 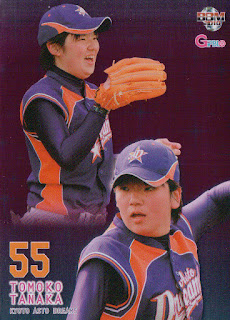 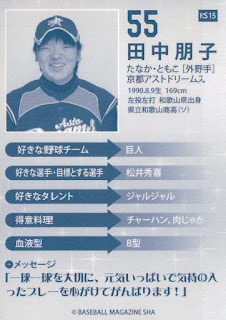 And this Kyoto card has KS prefix.

I don't have a full checklist or really any idea about the subsets/inserts. I did find that cards were given away or sold at games, and packs were sold for 200 yen each. I would really like to build a full set of these, but I've never seen them in card stores, even in the Osaka area. For that matter, I also want the 2012-2014 sets too... oh well.
at 3:00 AM