Perhaps BBM is listening to us, at least ever so slightly.

Where 2015 and most of 2016 was pretty stale here in terms of card offerings, the last few months have seen some new ideas on the shelves. There was the multisport offering Masterpiece, the reboot of Historic Collection called Fusion, and the nostalgic Time Travel 1975. All of those are part of my collection now.

And in January of 2017, BBM also tried a couple new ideas outside of baseball. There's a Japanese basketball league set now, and BBM "rebooted" its women-in-sports set. The title has changed from Real Venus to Shining Venus, but honestly the set seems to be basically the same. 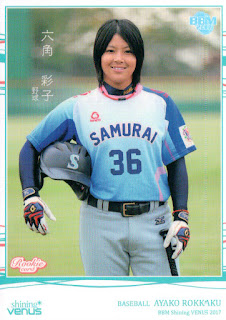 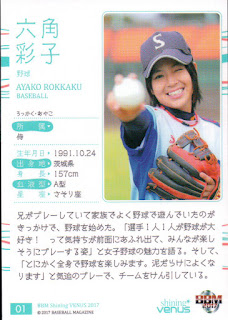 Each player has three cards. Here is card one, with Ayako Rokkaku, the only baseball player in the set. The first card for each player is generally a posed shot in their uniform. The back has a second photo, some vital information, and a short writeup. 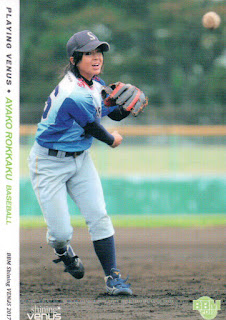 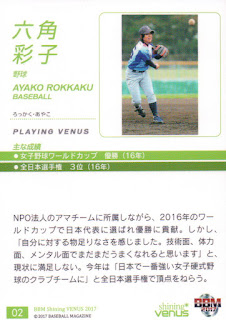 The second card, titled Playing Venus, has an action shot. Here, you can see the back photo is repeated from the front. The back also has a different writeup about the player. 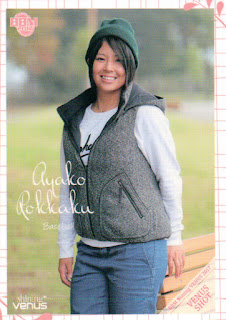 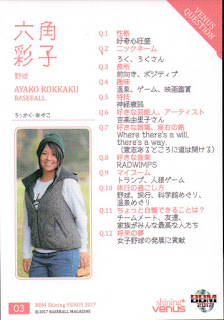 Finally, Venus Shot has a street clothes shot. This photo is used on the back, and a series of questions and answers are included to tell you about nicknames, hobbies, musical interests, and other personal tidbits.

Those of you familiar with Real Venus should recognize the formula of three cards per subject, with a posed shot, action shot, and street clothing shot. So the base set is essentially the same.

Moving on to the inserts: 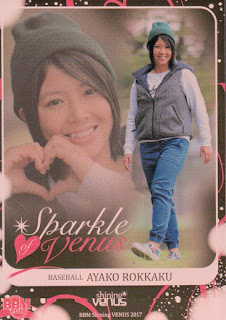 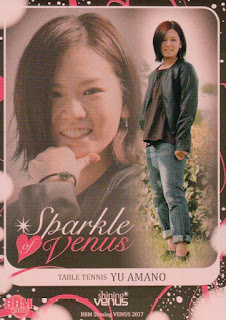 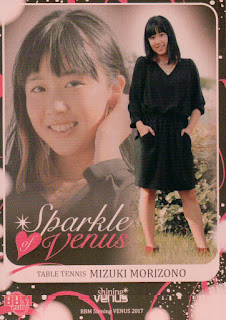 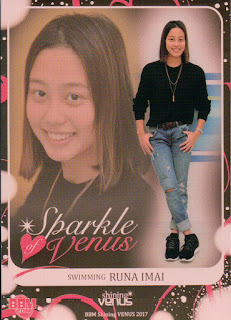 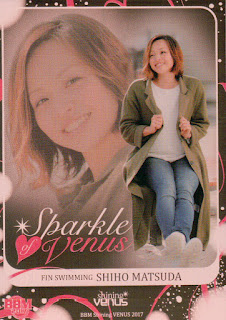 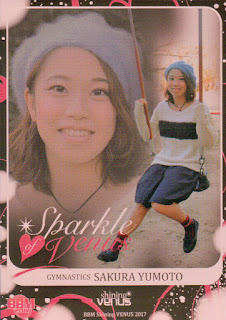 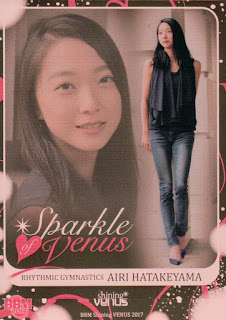 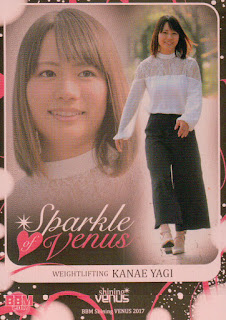 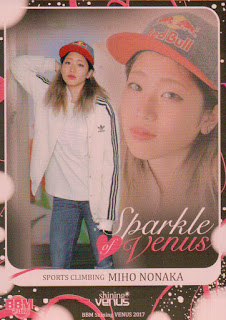 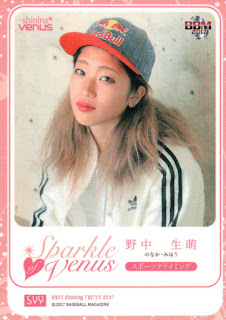 Nine inserts, just as before. Two photos on the front, with the background photo reproduced on the back. And they're wearing street clothes here too. Not much change for Sparkle Venus.

Parallels for the base set are: gold foil signature, #/80, and hologram foil signature, #/30. Sparkle Venus has a parallel #/100 where the foil background has a more holographic reflection. I haven't seen any other parallels.

Of course, the real draw are the autographs. The breakdown is as follows:
With 29 total subjects, all 29 have at least two types of autographs. The set structure is essentially the same, but as you can see above, 20 of the 29 women are "rookies" so the "new" part of Shining Venus might be using a fresh group of stars.

As familiar as the Real Venus card structure is, it's a formula that works. I'm glad it's the same, and I'm happy to see a large group of new subjects.
at 3:00 AM