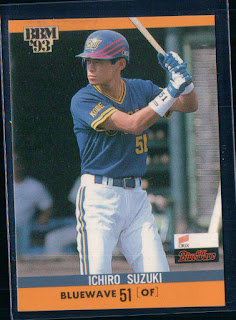 Ichiro's Japanese career started back when I was in high school. And while I was in college and not paying attention, he snuck across the Pacific Ocean and made a big splash in Seattle.

I returned to the hobby to be introduced to him and Albert Pujols. Both would eventually become players I highly respected not just for their performance but also for their dedication to their craft. 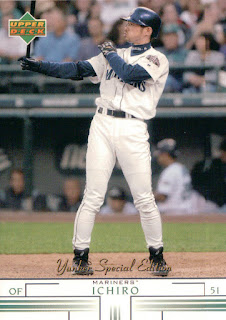 In person, I saw him play twice, both with the Mariners, before I came to Japan. And while newer stars like Darvish, Tanaka, and Ohtani have been mentioned by my students, the most common favorite player I hear over here is Ichiro. 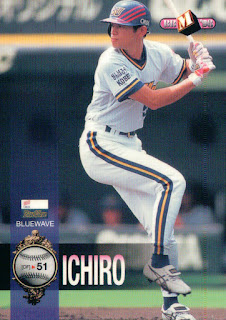 And while I've been here, I've managed to pick up some pretty amazing Ichiro cards. I have two copies of his BBM rookie card - one for my player collection and another for my 1993 set. I have the rest of his regular issue BBM cards, as well. What I don't have are his Calbee cards, sadly. I've found bobbleheads, figurines, hand fans, and I even picked up a game model Mariners jersey several years ago after he defected to New York. 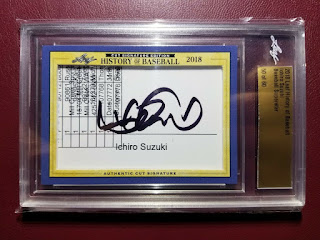 Just this week, I managed to complete my Ichiro collection. It's not the best cut, but I am very happy to finally add this to my collection. It's fitting that my collection would be complete at the same time his career is.
Ichiro didn't get to go out with a bang - no final trot around the bases, or even beating out an infield hit. But he did get to finish in the same place he started. I wish I could have been at that game.

With the NPB, he was a seven-time All Star, in the US, ten times. He won the Pacific League MVP three times, and won the AL MVP and Rookie of the Year awards in 2001. He won seven Golden Glove awards here in Japan, ten in the US. 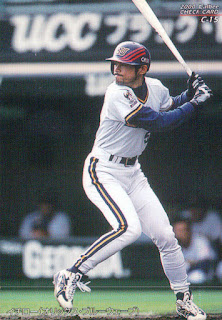 Combined between the two major leagues, Ichiro has 4367 hits, which makes him the professional all-time hits leader. In the MLB alone, over his 18 seasons, he places 22nd.

As a side note, we could also discuss Sadaharu Oh and Josh Gibson as major league home run kings at this point. But we won't.

He had great speed. His 509 stolen bases ties him for 35th all time. Tack on 199 more from the NPB, and he's at number 11. He had a great arm and his Golden Glove awards in both leagues attest to his prowess in the field.

Ichiro didn't just play well, though. He really opened the door to Japanese players, and showed that you don't have to hit home runs to be a star. I can't wait to find the next Ichiro, if there is one. 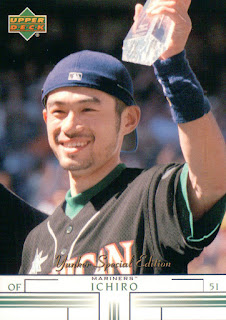