I never posted about the first regular collection, but here's the second. It's very confusing, so I'll let you read what NPB Card Guy had to say about it, and then basically paraphrase his information.

There are 200 cards in the set in all, including all of the subsets but none of the parallels. However, some players appear in more than one subset, and each player has only one card number. So the complete set is skip numbered with multiple cards for some players with the same card number - just in different subsets. 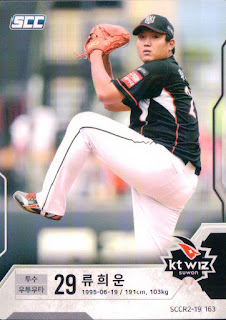 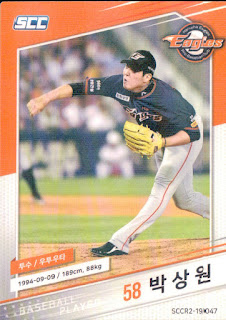 This is the "rare" subset. 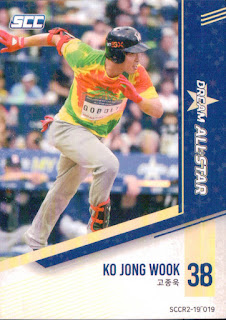 Here is the "All Star" subset. It's pretty easy to distinguish due to the border. All Star cards have a Rare parallel serial-numbered to 77 copies. 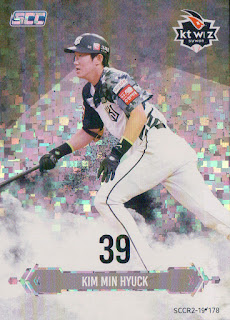 Hologram subset. This is easy to distinguish due to the hologram foil background.

One final subset is "Signature" which features facsimile foil signatures on the front.

In addition to this base set, there are two types of autographed cards, all serial-numbered to 12 copies each. The regular autograph set has 89 cards, while the red version has only 12 subjects. 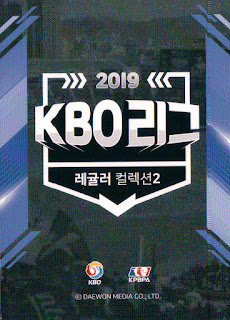 Here are the backs. All of SCC's sets through this release had identical backs for each set.

A big thank you to Dan, as always, for sending these (and the cards from the past two days' posts) to me. Without him I wouldn't even know these Korean cards existed, let alone have them in my collection!
at 7:00 AM